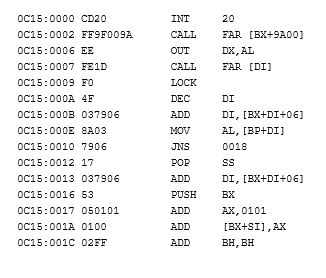 Our client had new requirements for BIOS software program to allow booting of a new generation disk controller.   The software system had to be compatible with both  the 68000-based control processor and an Intel central processing unit.   The hardware system had no room for additional EPROM storage, address decoders or other necessary support hardware.

In addition, all functions of the necessary software had to be programmable, such as the starting address of the EPROM,  and type of disk drive attached.

MTSI developed a unique hardware and software system to meet the unusual requirements.   The Intel processor  bootstrap code was placed in the 68000 processor space.  After reset, the 68000 processor copied the program to a window into the Intel address space.   Header information was simulated to make the code appear as if were in EPROM.

When the Intel processor  control was passed to the simulated EPROM, the code then signalled the 68000 processor.   The 68000 disk controller hardware then moved the BIOS code at very high speed to 32-bit, high speed system memory.  This ‘phantoming’ of the BIOS greatly increased processing speed.